This email came in to the group this morning. It is rather lengthy but worth the read if you have time. It is a situation that is faced by all right now and really needs to be understood and "fixed". We need the help of citizens and rehabbers together if anything is going to be accomplished for our wildlife.

Matzo - did you get my email a couple weeks ago about the raccoon prohibition I am fighting in Colorado?

This ignorant animal discrimination and persecution must be exposed when and where it can be. With the public, we know it requires education to counteract the harm brainwashed into them by the media and governmental wildlife agencies. Rehabbers are the most interested and qualified to do this, but the majority in no way have the time - a real catch-22. The wildlife agencies idea of 'education' is as extensive as saying "secure your trash and do not approach wildlife that is likely diseased". This is completely inadequate, fear based education.

The public only hears that advice, and any further knowledge given to them is to "leave wildlife alone, the mother will come back". They do not know how, or that more than a few hours at most is a death sentence, or they would not do it (most of them). And so many out there still do not know what a rehabber IS, how to find one, or that they even exist.

Rehabbers, justifiably I will add, have become so frustrated by humans trying to help and hurting that they have lost trust in any one not trained and licensed to enable an orphan. They fear any knowledge in such a persons hands will be a knife in a monkeys hand. Sometimes, this is true. But not always.

I know many people that, like myself, found an orphan and did not know what to do. They contacted rehabbers, and SOME (not all!) were so insulting and unwilling to let the person help, that they hung up and refused to bring the orphan to the rehabber. I get the problems with doling out any advice. My situation resulted in mega-googling. It was my first wildlife experience and it changed my life, led me to rehabbing... I think many of us started like that, but we forget. It is SO easy in this industry to begin to lose respect for the public, so many stupid humans... how I understand...!!

It is also a fact that it is too risky to stand up to our state agencies against their actions and reg's when they are the very agency that licenses us to rehab. We know 'black-balling' is real, and for the sake of future animals, we can't risk it. Another catch-22.

State wildlife agencies? Rehab only exists because it must and the agencies only tolerate it because they have to. Their true support, in states like CO, is very weak. They strangled the licensing process this past year and went from over 100 rehabbers to now 46. In this economy this means less donations - and more expenses spread among 46 instead of 100. The amount of animals needing help does not decrease due to economy!! Not good.

My points in all this are... we need to find people who CAN risk standing up to agencies for changes, we need more rehabbers coming along or at least more volunteers to help share the load and expenses, and we need these people to begin more intense educational programs out there for rehabbers and the animals.

If we who love these animals so much become of the same mind-set as the state agencies in believing that the public seeing the cute, intelligent side of these animals will lead to more "Joe Blow's wanting one for a pet" we engage into the biggest catch-22 of all... we are guilty of enabling the persecution and unjust reputations these animals are being given at an exponentially fast pace now.

In the 1980's a couple attended over 300 assemblies teaching wildlife appreciation and living in harmony... at the end of their lecture they brought out their beloved Stanleigh raccoon for a couple minutes and children (now adults) today still tell this couple how HE influenced them so much... not one of them went and got a pet, that they know of. Same for myself and the hundreds of people who loved my Zorra and thus came to see their backyard wildlife and became of the "live and let live" mindset we are losing so quickly as urban life grows and habitat shrinks.

My soapbox is showing, huh? Sorry about that. I have been thinking about all this a LOT this past year and 'interviewing' a lot of public on what they know and don't know... all in preparation for a program that I hope will work and can be shared among others out there. I am coming to the conclusion that a tiny risk of a Joe Blow wanting a pet raccoon is worth it if rehab is to become better supported and demanded, and our growing urban population is expected to have a "live and let live" mindset, as our grandparents once had.

I believe this can be done in a way to reduce the Joe Blow risk. Eliminating that risk? Well, we will always have those who make the mistakes. Judging by our overflowing pet shelters, there are just humans who will never "get it".
We can spew mega info in lectures, books and film slides... nothing works as well as live interaction with a charming (unreleasable!!) young raccoon (or such) ambassador. And years later, like me, they become more like us. As I often say: To love one raccoon, is to love them all - forever.

Exploiters have sadly existed, but -- In all good, there is bad. Letting the bad spoil the good is what happens too often in our society. I feel this has happened and the joy of wild animals among us is losing ground. This is just the tip of that iceberg. There is SO much to teach 'the public', and putting it on a web-site or in a brochure isn't cutting it.


Katherine McGill
[More info about the petition (and Zorra) on]
www.SunChaserWildlife.com

"The greatness of a nation can be judged by the way its animals are treated."
- Mohandas Gandhi

New Orleans neonate {approximately 2.5 weeks old} fell from above ceiling down between walls at a car dealership. The wall was cut open, baby rescued. Mother is still in ceiling & siblings can be heard. Advised to place baby in box tonight where mother has been seen & call if any issues.

Terrell, TX juvie remained on road side & in road for 3 days, was removed from road last night, observed maintaining a circular motion pattern {symptoms of nuerological damage from being hit by car or distemper/parvo}. Was kenneled by citizen & isolated from domestic pets. Result: destroyed by vet for possible distemper.

YouSoStanky has gone on his Big Adventure and was quite happy to do so. You can see other release footage at youtube.com/matzosnet

This issue has been resolved. Thanks for all the responses!

Some of you know I made front page of the Eagle Herald in Marinette a week or two ago. {Schulz I saved you a copy just haven't mailed it}. Okay. One email and I have a new soft release site outside of Marinette. 5 acres of land and a volunteer who wants to get licensed. Blessing of the best kind.

Last night? A phone call from Madison. gulp. Schulz.... Dane County protectionists ... a 10 year political group ... is trying to control the killing business of the DNR and get the Wisconsin laws changed so that citizens who care about the wildlife and killing them can get involved. I'm shaking. They want me to get involved with this campaign. This is LBA being invited to join the fight against the laws allowing the killing of our wildlife. All my Wisconsin LBA members please email me your mailing addy so I have it current and can get you posters if you want them.

Ok. I'm shaking. School is 2 hours delay for the ice. Imagine school delayed in the Northwoods. Okay. The clincher? Early release at 1:50 besides. sheesh. So. Will be calling Madison back when komd's slow down and school is in session. Will be getting Posters, fliers to hand out, there will be voting in all counties of Wisconsin on April 13 at 6:30 p.m. for election of this position. Patricia Randolph is the lady who has contacted me.

Thanks for the helpful tips Jerry!
Posted by Matzo at 1:33 AM 1 comment: 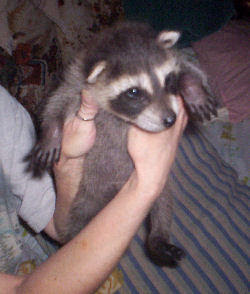